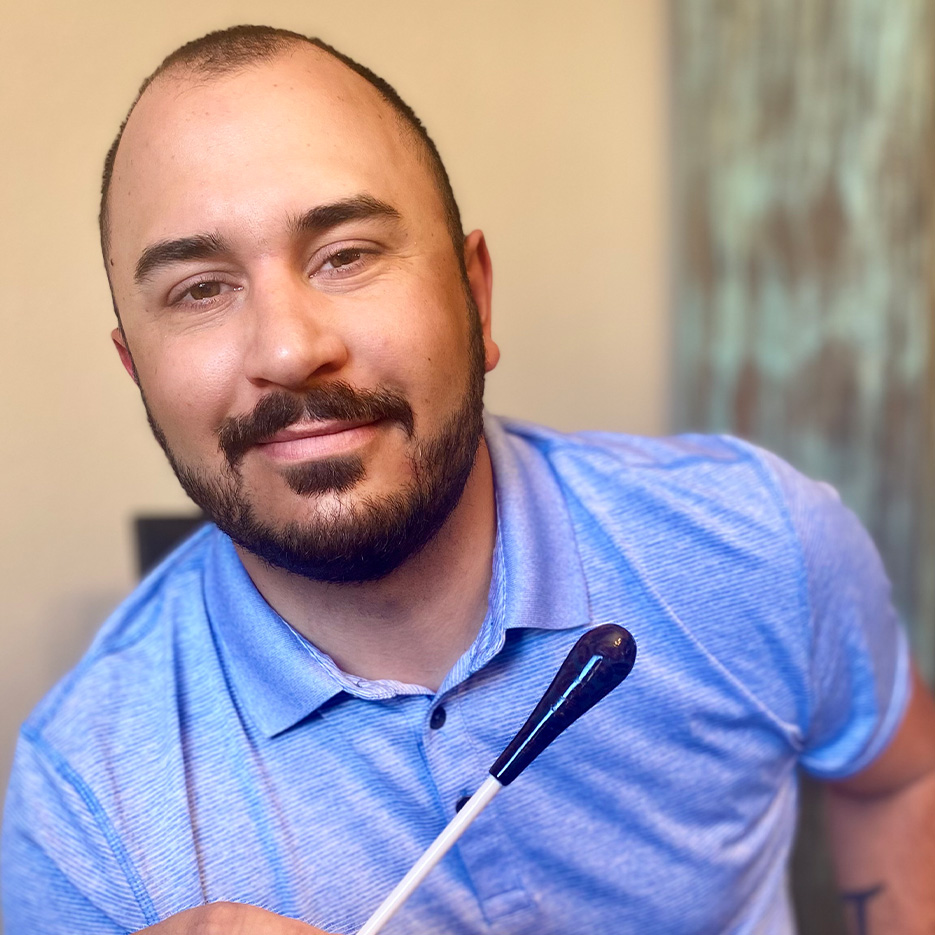 Mr. Austell is Director of Bands at Rio Rancho Middle School and Associate Director of Bands at Rio Rancho High School. An alum of the University of New Mexico, Mr. Austell has a Bachelors Degree in Music Education.
As a professional musician, Mr. Austell has played with the New Mexico Philharmonic, as well as various pit orchestras, chamber groups, and jazz groups in the Albuquerque and Santa Fe areas. Recently, he had the opportunity to perform in the semi-finals at the National Trumpet Competition in Columbus, GA. Mr. Austell is an active member of the New Mexico Music Educators Association (NMMEA) and is Vice-President for Band of the NMMEA Central District.